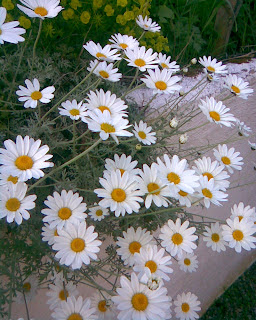 Reading John Gross, author of The Rise and Fall of the Man of Letters, in today's TLS, on the continuing role of the essayist (he was reviewing Stefan Collini's Common Reading collection of essays) at a time of high academic specialisation, I shared Gross's (and Collini's) uncertainty about the future of this phenomenon. As a non-academic writer (in the sense of not having any university affiliation) I have sometimes fallen into the trap of academic-baiting. But the old conflict between Grub Street and Academe now seems merely self-indulgent. All those who care about literature and its continuing life in modern societies need to pull together these days. Trying to think of a good example I decided that Primo Levi was a fine representative of the essayist and his "To a Young Reader" in Other People's Trades was one of his best. One of his pieces of advice in this essay was to show work to other people but: "Not another writer: a writer is not a typical reader, he has preferences and peculiar fixations, faced by a beautiful text he is envious." Levi also added that his stylistic goal was "that of maximum information with minimum clutter". That wouldn't have got him a job in a department of English in, say, 1990.
Posted by Nicholas Murray at 11:59 9 comments:

Perhaps the phenomenon of political memoir or "bystander political memoir" is not a worthy subject for a literary blog because it has more to do with just about anything other than literature but there have been so many of these recently that they are hard to ignore. That by Chérie Booth has attracted a lot of vitriol, in part because (seemingly innocent of British social history since the 1944 Education Act) she seems to think that there is something unusual about a bright working class kid getting a classy education and ending up in Connaught Square. She still believes that it is a miracle that "someone from Liverpool" (where seemingly everyone is an ill-educated slum-dweller) could end up enjoying the high life. Here I declare an interest, having been brought up a few streets away from Chérie in the north Liverpool suburb of Waterloo. Let the benighted working class girl take up the story, in a speech given on 17th June 2004 to the Literatures of the Commonwealth Festival in Manchester:

"I myself have been an avid reader from the day I first learned to read at the age of five. My mother and grandmother were also great readers and I am proud to carry on the family tradition. I read voraciously all kinds of books from different genres. By the time I was ten years old, I had read every single book in the children's public library in Waterloo Liverpool where I was brought up, and the librarian finally gave way to my pleading and allowed me to join the grownups' library where I continued to take out the maximum five books every week until I left school. I believe it is one of the great sadnesses of today that fewer young people, particularly boys, are reading books."

I used the same Library (I'm a couple of years older) and I'm sorry that all that reading didn't rub off on this memoir which sorely needs some literary panache (say I, having read only a few pages standing in a chain bookstore).
Posted by Nicholas Murray at 11:30 2 comments:

Come Back Leavis All is Forgiven 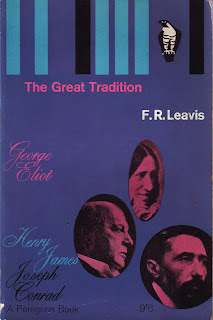 Sorry, that was naughty of me, a catchpenny headline, for poor Frank L is no longer a force in the world of criticism. But the recent "Booker of Bookers" ballyhoo set me wondering about the perennial obsession with rankings and prizes and names excluded from or put in a canon which, supposedly, the last decade or two of High Literary Theory was meant to have put paid to, with everyone "equally valid". When it came to defining an exclusive canon the critic F.R. Leavis (who cast a long shadow over anyone "doing English" in the post-war school and university system) was up there with the best of them. My old Prof. of English at Liverpool University, Kenneth Allott, complained that Leavis wanted literature to be "like a well-swept room" that contained only a few exquisite pieces of furniture. Another word for this is English Puritanism which Leavis (of Huguenot stock actually) embodied - open neck shirts when collars and ties were the norm and a clean-limbed muscular approach to the business of literature. I used to have problems with my chums on the Left in my Bennite days because, as a dedicated hedonist, I found the puritan streak of the progressive classes got up my nose (especially when the latter was buried in a decent beaker of wine) but it's still with us. Leavis's famous "Great Tradition" published in the austerity year of 1948 was his triumph of lofty prescription. Moving some books the other day I found that I had it still, a second hand copy of the first 1962 Peregrine edition, which, as you see, has three of his superstars on the cover (and cost its first owner only nine bob!). There ought to be a word to define this accidental rediscovery of the contents of one's own library (biblioserendipity?) where one opens up at page one and reads: "The great English novelists are Jane Austen, George Eliot, Henry James, and Joseph Conrad..." That's FRL for you, shooting from the hip. No prisoners, no argument, this was the Great Tradition. Then you notice something about this list of the great English: half of them are, er, not exactly English. An American and a Pole sit alongside Jane Austen and George Eliot. One doesn't normally think of Leavis as a multicultural kind of guy but, look, he also ticks the gender positive box with half of his Gang of Four women. And here's another thing you didn't know: old man Leavis ran a piano shop in Cambridge with the slogan: LEAVIS SPELLS PIANOS. It's a funny old world.
Posted by Nicholas Murray at 12:00 3 comments:

The Uses of Literary Biography 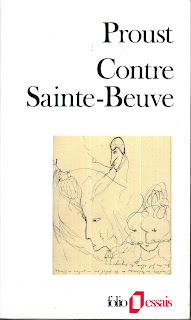 The always stimulating blog of Stephen Mitchelmore, This Space, is currently growling [correction: see Stephen's post below, he was not 'growling' merely demurring] at a recent defence of literary biography, citing Proust, who in his essay Contre Sainte-Beuve, attacked the famous French critic for his belief that the biographical method was the only one for critics. Proust disagreed, arguing memorably that his work proceeded not from the bundle of accidents that sat down for breakfast in the Proust household, but from "l'autre moi". Proust, it seems to me, was absolutely correct so how can I justify earning my living as a literary biographer? The answer is that biography cannot "explain" or account for a work of art but neither can criticism.

This is what I was asked in 2006 by the Buenos Aires Herald in an interview, together with my reply: "What do you feel is the strongest argument for biography, and which the strongest against the genre?

The strongest argument for literary biography is that it surrounds the work with a nourishing stream of relevant background information that cannot fail to increase understanding of the text. In addition, I think that the record of how a literary life was lived is always instructive, it has an intrinsic interest quite apart from its hermeneutic value. And let us be candid: we are inescapably interested in our fellow human beings. The case against has been put - with terrifying persuasiveness - by Proust in Contre Sainte-Beuve where he says that the life and the work are independent of each other, that the work proceeds from l’autre moi not the man or woman we meet convivially in the street."

I would add to this that Kafka (one of my subjects) and the beauty and transcendent mystery of his work remains above and beyond any explication based on his biography but that if we know about his Prague background, his Jewishness, his relationship with his father, his frustrated love affairs, his existential fears, we approach his work a little better-prepared, a little less thick-witted, a little more alive to its textures and meanings. It's a modest aim (and some biographers in recent decades have been very immodest indeed) but it is, I would contend, a perfectly decent one.