Shakespeare and the Chavs 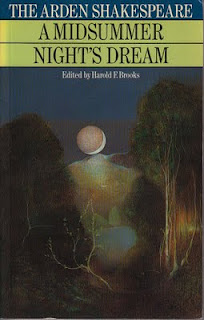 A play opening on Saturday in London about the current crisis in Greece?  It is an odd experience re-reading Shakespeare's A Midsummer Night's Dream against a background of news reports of the 'austerity measures' being inflicted on the Greeks that will, as ever, have the worst impact on the poorest.  For at the heart of the play is of course The Most Lamentable Comedy and Most Cruel Death of Pyramus and Thisbe performed by a cast of 'rude mechanicals' aka the Athens working class (carpenters, joiners, weavers, repair-men tailors, etc).  In Athinas Street in Athens, just off Omonia Square, each morning Shakespeare's "hard-handed" workers gather with the tools of their particular trade in front of them on the pavement as a sort of advertisement  – or they did last time I was there but today they are probably queueing in one of the soup-kitchens shown this week on the news bulletins.  This connects also to a debate about Owen Jones recent book (which I haven't yet read) Chavs: The Demonization of the Working Class which I gather deals with the way we represent and talk about the working class in a context of the daft belief in the media that we now live in a classless society.

Shakespeare presents his working men with humour rather than the kind of aggressive prejudice towards "chavs" that I presume Owen Jones is taking issue with.  He pokes fun at their uneducated speech, their malapropisms, their comic bombast and exaggerations, but it feels affectionate, and their play embodies the "serious" themes of the main play in a valuable way.  Apologising for the fact that a stage lion might frighten the middle class women in the audience "whose gentle hearts do fear/The smallest monstrous mouse that creeps on floor" Snug the joiner explains that he is not a real lion, just an ordinary trades unionist moonlighting as an actor for the evening.  So these are not terrifying hoodies with knives and guns on their person but mild mechanicals on a summer's evening in Athens.  They are the old-fashioned decent working class that we all love and sentimentalise but don't want to be because we want to pursue our upward mobility and dine in fancy restaurants and write literary blogs.

When the play is put on it is the aristocracy who seem to have a problem.  Hippolyta, about to be married to Theseus, Duke of Athens, is clearly a Daily Mail reader and resents having to watch these proles perform but the Duke exudes liberal tolerance from his throne and chooses the play of the "hard-handed men that work in Athens here" in preference to some other worthy options including a piece of cultural lament about dumbing-down which he decides sounds too heavy and serious for a wedding bash.  He argues that the naive art of the working men is worthy of respect: "For never anything can be amiss/When simpleness and duty tender it."  Surrounded by terrified sycophants who can hardly get their words out he appreciates the "tongue-tied simplicity" of the workers turned actors for the night.  Hippolyta doesn't share this view and continues to mutter about the quality of the performance ("This is the silliest stuff that ever I heard.") but Theseus is prepared to look for the glint in the rough diamond and to exercise a little sympathetic imagination towards their "palpable-gross play": "If we imagine no worse of them than they of themselves, they may pass for excellent men."

Granted, this is all feudal stuff, power patronising the workers, but it's at least an attempt at fairness of representation, of respect, and a lot better than middle-class fear of the "feral" working class of the inner city estates.  I just hope those painters in Athinas Street, with their white-spattered boots, have got some work this morning.
Posted by Nicholas Murray at 10:19 No comments: 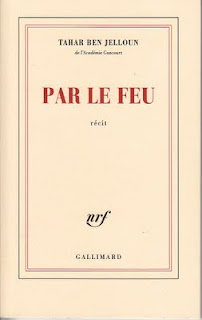 The leading French-Moroccan novelist Tahar Ben Jelloun has always been unafraid of tackling contemporary political subjects in a way that British novelists always seem to find so difficult to do, terrified as they are of seeming "strident" or insufficiently circumspect. But his latest book, Par le feu [By Fire], just published, is a remarkably rapid response to the events of the Arab Spring.  It is a short story or récit of a mere 50 pages that tells as fiction the story of Mohamed Bouazizi, the unemployed Tunisian graduate forced to sell fruit from a handcart until beaten up by the police.  Pushed to the limit, he then set fire to himself last December, igniting the Arab revolutions.  The fiction is beautifully and sparely written and it conveys with great economy the brutal daily reality of life under the Tunisian régime, the harassment by corrupt police and officials, the resignation of the majority of the people in spite of their awareness of the injustice that was their daily ration, and the absence of all hope in a culture of grinding poverty where the poor face only humiliation and harassment.  Less than six months after the death of Mohamed the Gallimard presses have rolled (I picked it up on Monday in the Librairie Pages et Images in St Malo) and Ben Jelloun's composed and restrained anger shows no sign of undue haste in the writing.  Let's hope it's quickly translated.

P.S. Ben Jelloun has also written simultaneously, I gather, an essay on the same theme called L'étincelle [The Spark] which I haven't yet seen.

Posted by Nicholas Murray at 10:44 No comments: 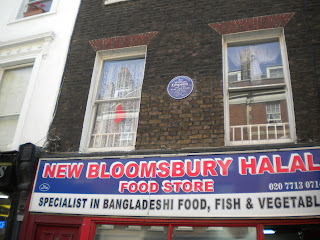 Today in Marchmont Street, Bloomsbury, a plaque was unveiled, by his son, to the poet and critic, Sir William Empson, who lived in this Bloomsbury Street after he was expelled from Cambridge in the late 1920s and who wrote a substantial part of his famous work of literary criticism, Seven Types of Ambiguity, in the flat above what is now a Bangladeshi food store.

Passers-by were intrigued to watch a collection of writers and scholars who had gathered to hear Empson's poem about the British Museum read for the first and perhaps the last time in a Bloomsbury shopping street.  The crowd included a sprinkling of professors, a former poetry editor of Faber and Faber, the diarist of the TLS (the famous "J.C."), the mayor of Camden, and even yours truly who was handed the microphone at one point only to stammer out a plug for his own book, Real Bloomsbury, which contains an account of Empson's residence.  Another of his sons told me that one night Empson and Dylan Thomas returned from a boozy evening in Fitzrovia and were found the next morning each rolled up in the carpet where they had fallen the night before.

I think they may have exceeded their number of units on that occasion.
Posted by Nicholas Murray at 17:42 1 comment: