Andrew Marvell: Can I See Your Pass? 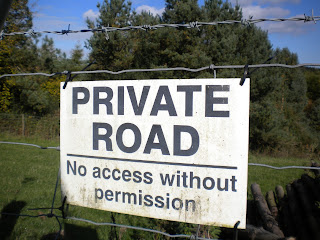 I have, so far, read only the preface to Nigel Smith's new biography of Andrew Marvell but, if it is anything like his splendid annotated edition of the poems, it is going to be a treat.  But there is an odd passage in that preface in which he looks coldly at the last published biography, er, mine: World Enough and Time: The Life of Andrew Marvell (1999).  Smith is alarmed that this book was written by a professional literary biographer who had completed lives of Matthew Arnold, Aldous Huxley etc etc.  He says, in fact, that I make Marvell "sound like a modern man of letters" and asserts that I am "no early modern scholar".  As regards that last point I agree, and would point out in passing also that there is an accumulating body of evidence, increasingly difficult to ignore, that points inescapably to the Pope being a Catholic.  As regards the former, whilst I am as critical as the next person of silly or coy anachronisms in writing about the past, to consider what Marvell as a poet means to a present day readership, a lyric poet who was also a politician, juggling two vocations, seems to me to be a wholly legitimate thing to do. And to seek for points of contact between a writer of the past and writers who may be engaged in similar searches today is, I submit, perfectly proper. I was writing a life of a poet.  Reading the reviews of the new biography (which seem to indicate that in its outline Smith's Marvell is very similar to mine, notwithstanding the greater scholarly ambition and accomplishment of his book) which had mostly been given to specialist "early modern" historians, I began to notice a second form of condescension from this tight little trade guild.  Smith himself was effectively patronised in the Independent and London Review of Books for being a mere literary scholar.  And this is the nub.  The historians see Marvell as their property and resent the fact that literary scholars (not to mention poets) have had the temerity to take possession of him.  It rankles with them that the early 20th Century "New Critics", with their downgrading not just of biographical chatter but, arguably, historical context, in order to focus on "the words on the page", on the work of art pre-eminently as a text in which to search for aesthetic meanings (I oversimplify of course), sidelined historicism.  Marvell was the property of historians after his death and throughout most of the 18th century.  His rediscovery as a poet came later, sealed by the approval of T S Eliot.  The battle continues and will run and run.
Posted by Nicholas Murray at 17:28 No comments: 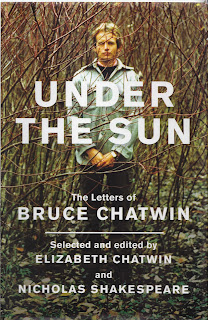 And I can forgive him everything for writing: "With so many 'cooked-up' books knocking around, I don't really believe in writing unless one has to."
Posted by Nicholas Murray at 13:13 No comments:

Houellebecq: I Was Wrong

Well, he did win the Goncourt and, unlike the Man Booker where the right people so often win with the wrong book here is a case where the right book of the author has won.  That's enough prize-babble - ED.
Posted by Nicholas Murray at 22:26 No comments: 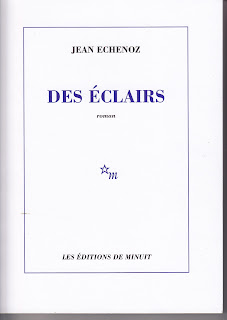 In complete contrast to the noise that surrounds the productions of Michel Houellebecq (see below) the French writer Jean Echenoz, whose books appear without any fanfare or author information or marketing blurb, between the austere white covers of Les Éditions de Minuit, has produced, over the last six years three short, beautifully written and observed biographical novels.  The first, Ravel, in 2006, the second, Courir, in 2008 on the legendary Czech runner Emil Zatopek, and now the third, Des Éclairs, on the inventor Nikola Tesla (1856-1943) have given me a lot of understated pleasure.

Echenoz is drawn to these solitary, strange, obsessive characters in what his publishers call "fiction sans scrupules biographiques" and he recounts the story of Tesla, here called Gregor, with economy, dry wit, and a nice sense of period flavour (early 20th century New York).  Exquisite.
Posted by Nicholas Murray at 17:06 No comments: