H is for Hare

As an article in today's Observer reports, nature writing is the current non-fictional vogue – that is to say articles are written about it in the Observer, its authors are winning prizes, and clone after clone is being born.  There has always been nature-writing and its most famous examples like Gilbert White's The Natural History of Selborne, the nature writing of the Northamptonshire poet and naturalist John Clare or the essays of Edward Thomas (which preceded his emergence as a poet of the First World War) are classics of English literature.

'Nature Writing' (the genre so cleverly mocked in its newspaper Nature Notes manifestation by Evelyn Waugh in Scoop; the twee vocabulary and laughable purple prose) has always been a bit of a hybrid, combining sharp scientific observation of nature in the field with a whole range of personal obsessions from the thought-provoking to the plain dotty.  Even the great Gilbert White was obsessed by the idea that swallows didn't actually migrate in winter but  went into hibernation somewhere not very far away from their spring and summer homes.  Today it is more likely to be holding up the natural world as an alternative to our consumer capitalist obsessions or as a place to soothe our poor, bruised little selves.  Traditional nature writing was not much concerned with the political world (The Natural History of Selborne appeared in 1789, the same year that a certain upheaval took place in France) but today, sharpened by our ecological sense of what we are doing to the natural world, the broader context is unavoidable. 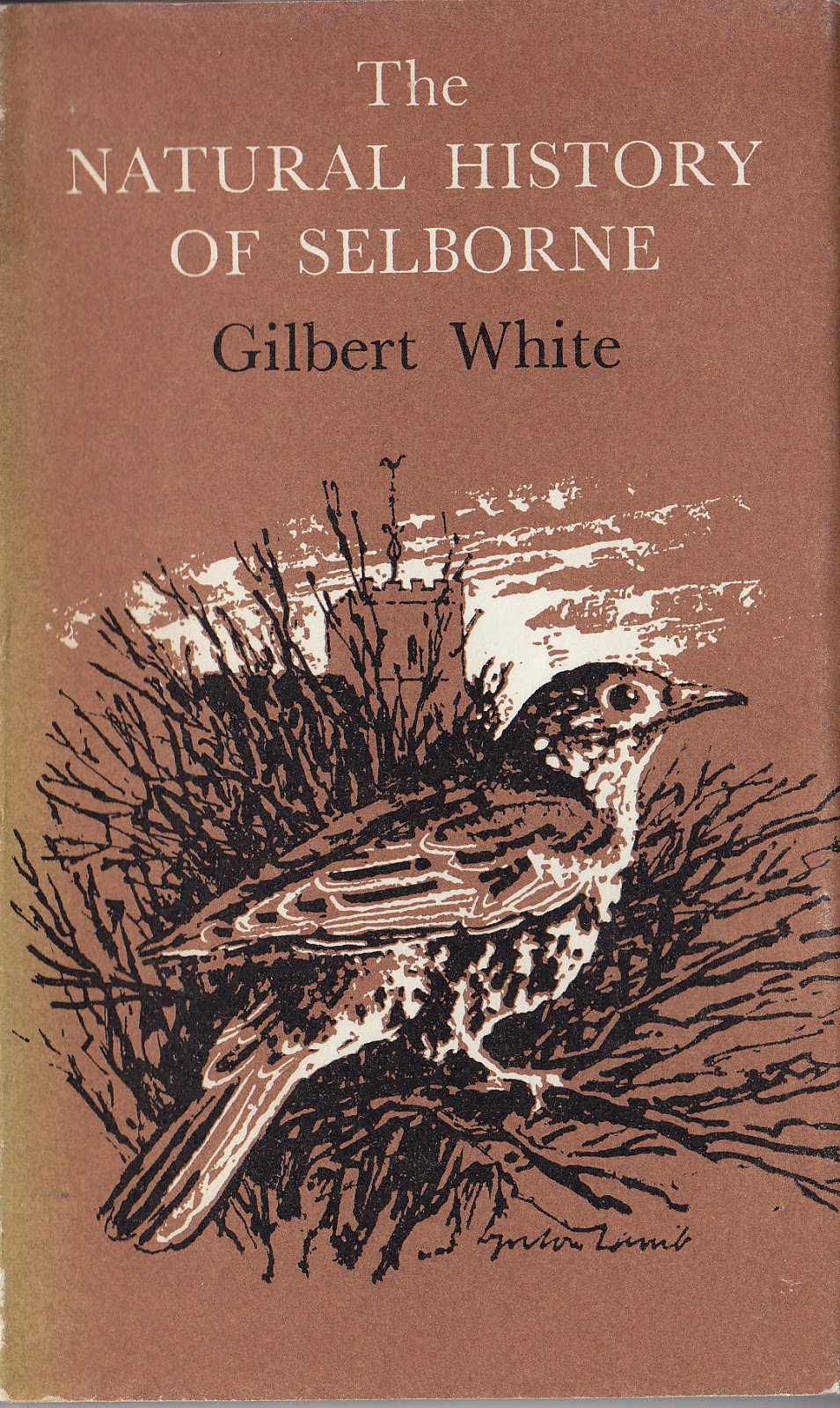 What we might call The New Nature Writing has certainly broadened the scope of the genre in very welcome ways.  It can cover traditional natural history, environmental politics, exploration of urban spaces and edgelands, travel, autobiography and just about anything else.  One of the best of the living British nature writers is Richard Mabey who was quoted in the Observer article as saying: "Nature writing ought to be writing about nature. I'm not sure books about pets ought to qualify, nor do I think books that are principally about the nature of the self ought to qualify."  Mabey doesn't exactly mention H is for Hawk but I think we know which kind of writing he has in mind.  He adds that nature writers should concentrate on being "the translators of the natural world...The highest objective is to let what is out there speak to us clearly in its own terms."  I couldn't agree with Mabey more but I don't think that is how many of the New Nature Writers see themselves.

As it happens I had just finished Helen Macdonald's H is for Hawk when, by what process of serendipity I don't know, I plucked off my shelf a book that has sat there unread for several years, The Leaping Hare (1972) by George Ewart Evans and David Thomson.  Evans was the author of many books about traditional rural life based, like Ronald Blythe's Akenfield often on oral history interviews (Ask the Fellows Who Cut the Hay etc etc) and David Thomson is the author of a haunting and beautiful memoir of youth and love in Ireland, Woodbrook (1974).  This is a quite fascinating book about the hare, a creature about which we still don't know everything and which has been mythologised and made strange down the centuries.  The authors tell us about its natural history, its habits and behaviour, the way in which it has been incorporated into myth and legend, its life as the hare-witch of folktale, and so much else.  They have talked to countrymen as well as zoologists and there is nothing about the hare that they seem to have missed.  The contrast between this book of informed and attentive inquiry and Helen Macdonald's part-misery memoir of using the training of a hawk to exorcise her grief is, it seems to me, significant.  There are some similarities.  Both books talk about the history of their subject and the traditions surrounding it, both are based on some real research and thinking about the context in which their subject lives.  But where Evans and Thomson concentrate on telling us as much as it is is possible to know about the hare and its life in our imaginations, Macdonald's obsessive need to talk about herself, and the hawk in relation solely to herself, gets in the way of learning more about the goshawk, the history and practice of falconry, the stories that have grown up around it.  There is too much of the writer (and too many words) and although when she writes directly about her loss of her father she is convincing, honest and moving, as a book about a living creature it cannot compete with the book about the hare.

Of course we cannot be strictly objective.  Like the mediaeval bestiaries which described animals partly in natural history terms, partly in terms of their moral symbolism, and partly in relation to their religious or sacred significance (as when the red breast of the robin is accounted for by its attempt to pluck out the bloody thorns from Christ's calvary crown, a hypothesis that wouldn't cut much ice with Prof. Dawkins) we bring ourselves and our assumptions and our anthropomorphising tendencies to the way we think and write about our fellow creatures.  I have done it myself in my Of earth, water, air and fire: animal poems (Melos, 2013) where I have implied a moral relationship between humans and animals.  I think it is natural, inevitable, to do this but it works only if we keep our eye firmly on the object and try to learn.

I give the last word to Richard Mabey.  The best nature writing, he says, lets what is out there speak to us clearly in its own terms.  I take this to mean that the hare and the hawk are interesting, in the end, for what they are and not solely for the ways in which our ego uses them.
Posted by Nicholas Murray at 18:11 No comments:

The 2015 Basil Bunting Award for poetry was announced today (Friday 20th March) at the inaugural Newcastle Poetry Festival.  This is the first time I have ever won a poetry competition or indeed any other literary prize in a long writing career (though I achieved second place last month in the inaugural University of Roehampton Ruskin Prize) so it was doubly welcome.  It was also a special pleasure to win a prize named after the poet Basil Bunting, whose work I have long admired.

The £1000 award was announced at the Newcastle Poetry Festival on Friday 20th March where the winning poem was read out alongside the other shortlisted entries.

I am the author of several poetry collections, the most recent being Of earth, water, air and fire: animal poems (Melos) and a satire on World War 1 commemoration mania, Trench Feet (Rack).

The prize was awarded for the poem below.

I see de Nerval coaxing his lobster,
on a leash of blue ribbon.
He has made his case
for preference of pet:
because it does not bark
and knows the secrets of the sea.

In this morning’s market
the great crustaceans twitch;
a pair of claws squeezes the air;
liquid eels in slippery ranks
slither on stainless steel;
a salmon sleeps in a drift of ice.

Those bloody aprons,
that pink tump of guts
coiled like a frivolous dessert,
enforce a preference for
the Bois – poet and homard,
like a pair of lovers, hand in hand.


Posted by Nicholas Murray at 08:37 No comments: